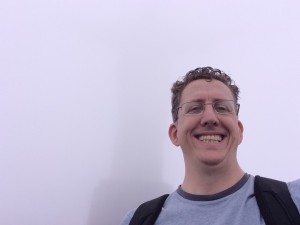 Thwarted by the weather!

Ah, travel! The exhilarating experience of upending your entire life to join insufferable crowds, destroy foreign monuments, and consume bizarre foods, all at a premium cost. Sure, you make lifelong memories of standing in long ticket lines, but you always return from your vacation in need of a…vacation. 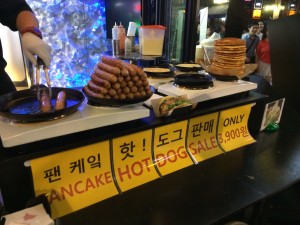 The fact is that you’re doing travel all wrong. You could be standing in much longer lines, wearing your own smelly clothes, and paying more money. As an expert traveler (self-certified) let me educate you. (See disclaimer at end)

The first thing you’re doing wrong is staying in a hotel. Maid service, individually wrapped soaps, and a minibar minifridge? No, that won’t do. You need to be staying in Airbnb. Sure they’re destroying the local housing market and forcing out locals, but those people were going to yell at you anyway for stopping on the sidewalk to take a photo of a vintage (“distressed”) door. With an airbnb, you have no idea whether there will be any soap, you might be in a graffiti covered building, and you could get yourself and your host evicted! Ah, memories! 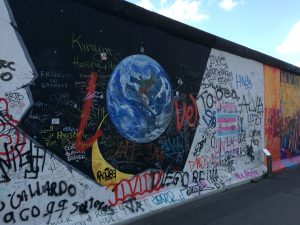 Next, you’re packing too much. You should plan on wearing one pair of jeans for the entire trip, even if it’s three weeks, and in the middling of a broiling hot summer. The preferred scent overseas is personal BO mixed with anything by Dior or Axe. Take two shirts and two boxer briefs. Wear them at least twice before washing. Remember, you’ll never see any of these people again! Plus, you’ll have so much fun doing laundry by hand at night in your bathroom sink – still full of toothpaste stains – and then wearing the still-damp underwear the next morning! And since everything fits in a roller board, you can drag it into the cabin and knock it into all the first class seats on your way down the aisle where all the overhead cabins will be crammed full. 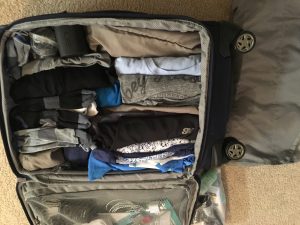 I typically pack upside down. It’s not an efficiency improvement, it’s just to make travel even more surreal than it already is.

You’ve probably also made the mistake of using a lame-stream guidebook. They stopped actually visiting countries in 1999 and now simply issue updates using addresses on Yelp. What you should be using is Wikitravel. It’s crowdsourced from bored unemployed liberal arts graduates whose knowledge comes from the backpacking trip during their sophomore year that they did instead of that Ernst & Young internship that would have been a (profitable) corporate sellout. The misinformation will get you lost and cause you to miss the important sights, but you’ll be in good company with the 10 other people who were too cheap to spring for Rick Steves. 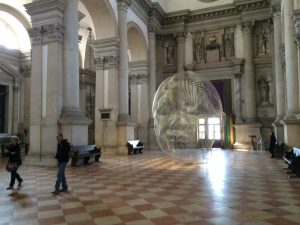 Rick Steves never mentioned this huge wire head in Venice! So out of touch.

Lastly, you’re being too cheap. Travel is an investment that has no tangible ROI, although don’t tell Goldman Sachs, or they’ll build a hedge fun around it. (Why were we surprised that a firm named “man with sacks of gold” was doing something shady?). If anything the intangible outcomes of travel will leave you depressed not only by the simultaneously bland yet garish neon architecture at home but also by the lack of a decent croissant and cappuccino in your neighborhood. Come on, it’s not that hard to make! It’s dough and coffee grounds and hot milk, what’s the problem! 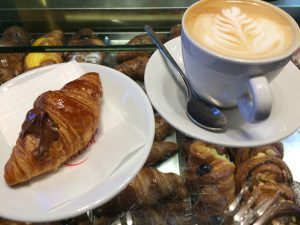 How does this take any skill at all?

Sorry about that. As I was saying (writing), spend more on travel and less on things like bigger TVs that not only impress your friends but also let you see the same world wonders without the joys of jet lag and the Zika virus. Take three or four trips a year by adding your measly sick leave to your disappointing vacation allowance. Then you’ll even earn elite status so you can experience all the amenities that used to be complimentary, while simultaneously being passed by the truly elite yet looking down on the poor souls with no status at all. 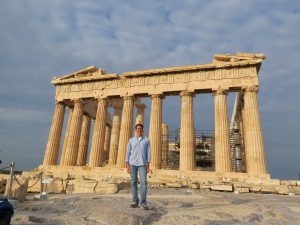 I can’t even watch Zootopia up here.

Of course, during your trips you should sign up for as many sightseeing tours as there are shady kiosks with thickly accented guides. You won’t learn anything, and all the locations will become a blur, but at least you’ll fill up your iCloud account with so many photos that you can’t bear the thought of swiping past all the blurry out-of-focus ones to find the few barely passable images that still don’t look as good as the Wikipedia entry. 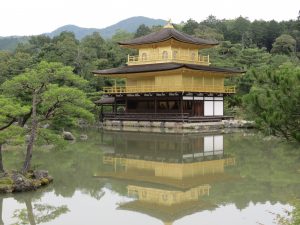 Maybe this photo would be halfway decent if the temple were centered better. I can hardly stand to look at this trash.

Sure, some people have the natural ability to effortlessly to spend huge sums of money on travel that makes them miserable, and results in shelves full of junk bought from around the world, but made in China. The rest of us are constantly in danger of making lifelong memories, making new friends, and possibly gaining a new appreciation for the majesty of the world we live on. Follow these tips so that you too can regret not buying a TV that will look awful next year. 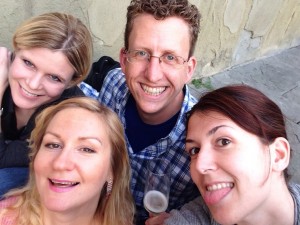 Sharing prosecco with beauties from Switzerland, Russia, and Spain? Probably need to upgrade my TV instead.

Disclaimer The above comments are meant to amuse, not actually disparage or offend. I’m very thrilled with my Airbnb experiences, but also realize there are issues both with discrimination by hosts and with housing policy in popular areas. I don’t recommend that anyone go in debt to travel, nor that they mislead their employer. I understand that airline competition results in lower ticket prices and that separate fees make for a pay-for-use model. I find wikitravel to be very useful for quickly learning how to get in and out of major cities by plane and train. I respect the locals who live in the cities I visit. They are the ones who truly make it the place it is, and I am grateful they have welcomed me to their home. I believe travel sparks creativity, a humility that ours is not the only way of life, and a belief that the status quo doesn’t have to go unchallenged. All photos were taken by me.